How to Get into the Cannabis Industry With a Felony Record 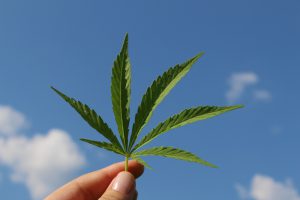 Can you still work in the Cannabis Industry with a Felony? The short answer is probably not unless you get it expunged. However, the Hemp Industry usually does allow felons to work!

Check out our Marijuana Training Courses especially our Basic Cannabis Training for those looking to break into the Cannabis Industry.

Marijuana is one of the most popular plants in the world and is used by 55 million Americans. However, the federal government has seen fit to criminalize it.

Fortunately, many states have realized that making cannabis illegal has done more harm than good. Now, many Americans are learning how to get into the cannabis industry.

However, many of these states have still not granted amnesty to people who have been arrested on marijuana possession and low-level marijuana-related offenses.

Just read this guide carefully and follow these tips to make sure you get your career in the cannabis industry started.

How to Get Into The Cannabis Industry By Expunging Your Record

If you live in California, there’s good news – they are the only that does not background check their cannabis employees at the state level. Also, if you’re a resident of California and have been arrested for possession before, Governor Jerry Brown has signed a bill granting amnesty to people convicted of offenses related to marijuana.

Cannabis has also been made legal in other west coast states like Nevada, Oregon, and Washington – however those states still restrict felonies from working in the cannabis industry.

Try To Get Amnesty

If it is a cannabis offense on your record and if you live in a place like Canada, where the government is granting amnesty for cannabis-related offenses, you’re in luck.

Amnesty is a pardon from the government that takes the charges off your record and allows you to start fresh.

Other places like California, are also granting amnesty to those who have been convicted of crimes related to cannabis. State like Washington and Oregon are not far behind. Look into your state’s marijuana laws, such as California marijuana laws, to see if they offer amnesty for previous offences, such as marijuana possession, that would now be legal.

If you are one of the people who is granted amnesty for any marijuana offenses on your record, you’re in luck. You should also consider learning the best way to start your career working in the marijuana industry.

You Can Work for Soil Companies

Marijuana is like any other plant in that it requires soil to grow. Many companies work with marijuana growers to supply the ideal kind of soil for the plants to grow, and you can work for companies like that one, even with a criminal record.

You won’t be involved in the sale or handling of marijuana, and there aren’t stringent state background checks like there are with jobs based around marijuana.

You Can Work for A Lighting Company

Marijuana and hemp require special kinds of lighting to grow properly. If you can’t get amnesty or expungement, you can work with the lighting systems the same as soil systems.

Again, you won’t be working with any actual cannabis, you’ll just be installing or fixing lights. Depending on what you’ll be doing, you may need to be trained as an electrician or something similar if you will be installing these systems instead of just selling them.

If you’re wondering how to get into the cannabis industry while you have a felony on your record, you can also work with POS systems. You won’t be working with marijuana or cannabis yourself so you won’t have to worry about your record.

You’ll also be gaining valuable experience learning how to use a point of sale system, which is common among many industries.

Using these systems can get you the experience you need to use whatever career you choose to springboard into something better.

You can also get a legal job working with cryptocurrency or blockchain related to the marijuana industry. Since there is little to no banking in the cannabis industry currently, this is a fast expanding field.

You Can Work for A CBD Shop

Although the legalization of marijuana and hemp is taking the country by storm, there are still a lot of places that don’t allow marijuana at all, however CBD is legal.

That’s where CBD shops come in. In places where cannabis is illegal, many times things like CBD oil and terpenes are legal.

CBD is a cannabinoid that is responsible for a lot of the medicinal aspects of marijuana plants. It does need to be “activated” by THC, but as long as the THC is beneath a certain threshold, they are considered 100% legal in the U.S.

Many shops sell vape juices with CBD and terpenes, and won’t be upset by a few cannabis-related offenses on your record. So, you’ll be able to work around many hemp derived products even with your record.

Cannabis Can Help You Achieve Your Dreams

Marijuana has gotten an undeserved bad rap because of the ignorance of people. Luckily, the times are changing, and people can now learn how to get into the cannabis industry without breaking the law.

If you’ve been arrested, especially for marijuana, in the past, you now know there are many options for you to move to a state that will allow you to work in the cannabis industry with your record, how to clean your record or what some examples of other cannabis-related business are that you can work in.

To get started on the best career of your life, check out our cannabis careers page.